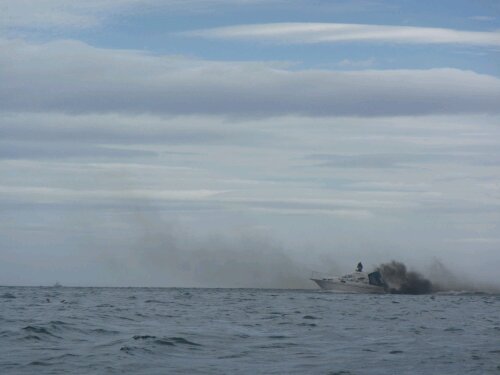 Yesterday, I paddled from Cruden Bay, down to Aberdeen.  The visibility was pretty poor so I could barely see the shore for most of the way, but I had a large number of seals following me for company.

I camped at Nigg Bay, which wasn’t the best place really – I had to land in seaweed laden dumping surf, camped on some waste ground next to the sewage works, and launching this morning involved climbing over lots of large slippery boulders.  Not recommended ! 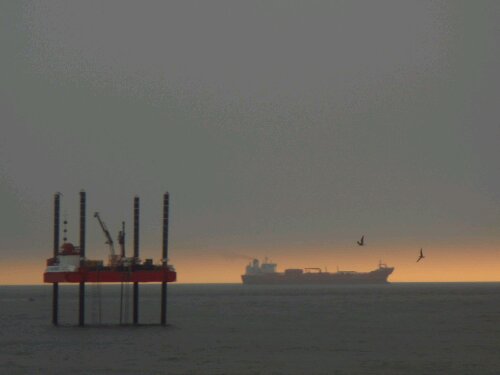 Today, the visibility was even worse – I hardly saw the shore at all.  There was also some swell and a bit of a headwind but the spring tide was helping nicely.

I had a couple of surprises – one when a fishing boat suddenly emerged from the mist and another when an unusually large breaking wave appeared in front of me – fortunately, I managed to miss both of them.

The mist cleared as I arrived at Inverbervie, and I managed to avoid the surf dumping on the steep pebble beach by surfing right into the river mouth.  I stopped for the night at a friendly campsite right on the riverbank.  Perfect.