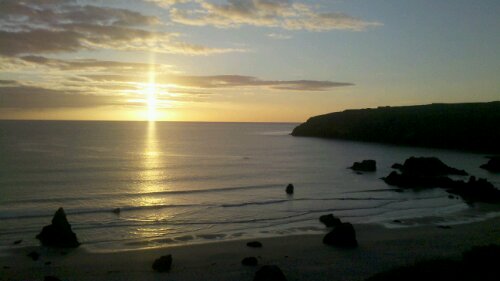 Yesterday, the offshore wind that had been howling through Durness finally stopped and I was able to paddle again.  Despite trying to be careful, this trip seems very hard on kit, and I’d spent a lot of time at Durness sewing, soldering, glueing and tinkering with various things that had broken recently. 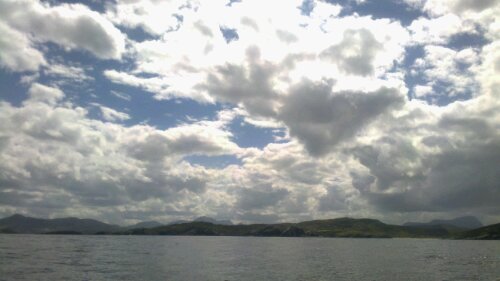 Conditions were calm and I enjoyed paddling past more impressive coastline, stopping at Armadale Bay – going to sleep while some a couple of surfers caught some waves at dusk. 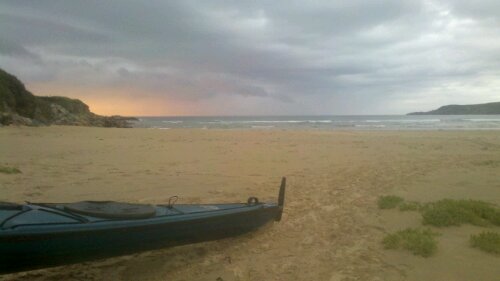 Today, there was a bit of swell, but light winds.  I had to have quite an early start to get round Strathy Point, but the Taran was surfing down some waves nicely as I went past. 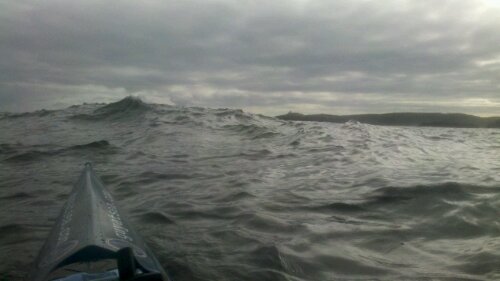 Conditions were quite lively in places as I approached Thurso, and this is a calm day !  Some huge caves and stacks on this bit coast.

Just as I was coming in to land at Dunnet Bay, disaster struck – my paddle shaft broke for no particular reason (although I had noticed a crack in the ‘shrink wrap’ on the shaft yesterday, so maybe it was on the cards). 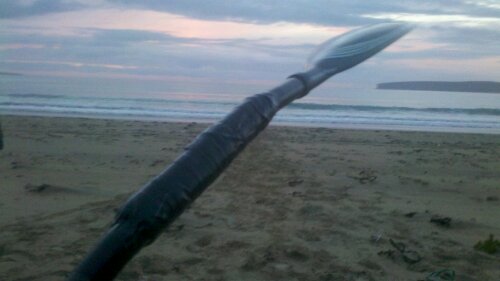 I’ve bodged a repair using gorilla tape and a piece of plastic tube found on the beach as a sleeve.  It feels pretty strong, but the shaft diameter is now much too big.  Emergency use only – I’ll be using my Werners until I can find a replacement.  I really like the kinetic wings.  If anyone knows who might still stock some of the old type of Lendal shafts, please let me know.

Thanks very much for the recent donations taking the total into four figures – including the anonymous one with the cryptic Alice in Wonderland message !